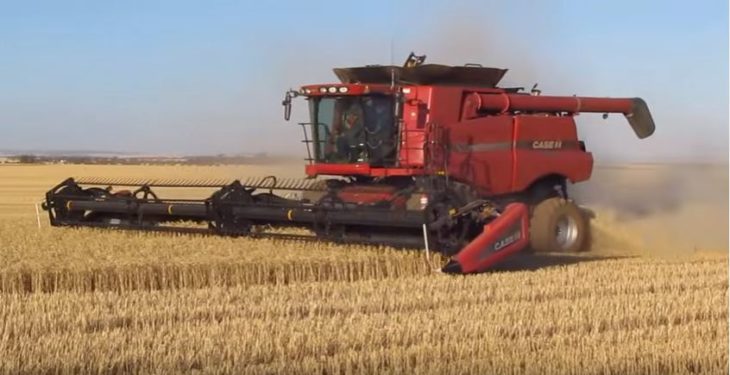 A weed-killing machine that pulverises weed seeds upon harvest could be a huge step in reducing the amount of chemicals applied to crops.

According to ABC news, extensive research carried out by the University of Western Australia has shown that the machine kills 95% of weed seeds collected in the chaff.

The machine can be retrofitted into modern grain (combine) harvesters. Cage mill technology, adapted from the mining industry, allows the seed to be pulverised to the point where it’s no longer viable.

The weed seeds are crushed into a fine, inert powder by rotating metal blades; the chaff is then spread onto the paddock.

According to the Grains Research and Development Corporation (GRDC), weeds cost Australian grain farmers around $3.5 billion each year.

There is an increasing problem with weeds such as annual ryegrass, which has built up resistance to commonly-used herbicides.

“Five to seven years ago, particularly in places like the western Australia wheatbelt, there was a strong feeling that herbicide resistance was going to cause people to have to walk off their farms,” GRDC Managing Director, Steve Jefferies said.

Invention targets root of the problem

Wheat and barley are just some of the crops grown on the Harrington estate which is situated near Darkan – about 200km south of Perth.

Harrington said that if he didn’t do something about weed seeds at harvest, he “would fail like [his] wheatbelt cousins”. From this, he looked at ways of crushing weed seeds that were collected in the chaff when grain crops were harvested.

Harrington originally developed a machine that would be towed behind a combine harvester, but realised it wouldn’t suit most farmers; so with input from the University of South Australia’s engineering researchers and funds from the GRDC, a model was developed that could fit inside the harvester.

US, Canada, and South America testing the technology

The DeBruin group, a family-owned company based in Australia, currently manufactures the HSD.

The company is manufacturing 12 to 15 machines/month and they cost $160,000 for full installation.

Testing stands have been sent to the US, Canada and South America.

Wheatley added: “There is a huge amount of interest in the HSD from the US market, where there is a number of major weed issues.” 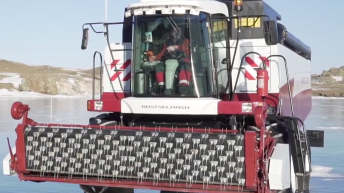 Video: Watch a high-powered tractor and combine ‘skating’ on ice