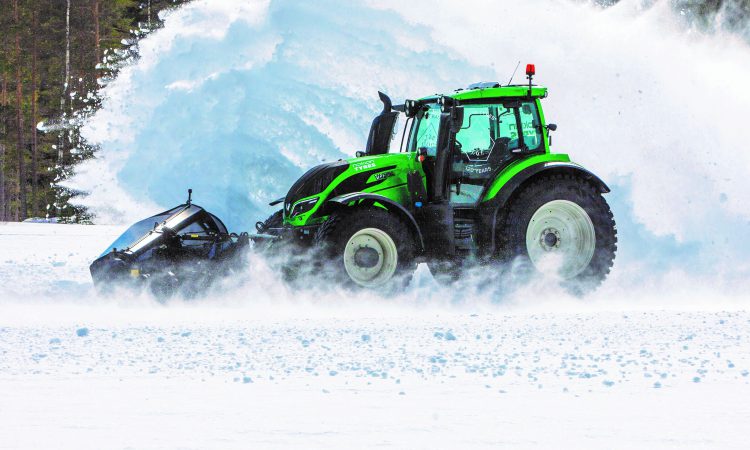 Valtra and Nokian Tyres have apparently set a world record for snow removal with an autonomous tractor.

The speed record was set in March (of this year) using an unmanned Valtra T254 Versu tractor equipped with Nokian Hakkapeliitta TRI tyres.

Operated without a driver, the tractor ploughed snow on a closed road in southern Finland at 73.171kph (45.466mph).

The speed record was set in “secured conditions” and with the involvement of research teams from both Nokian Tyres and Valtra. According to Valtra, autonomous technology is of growing interest across many industries including logistics, road machinery and agriculture.

The data retrieved from the speed record will reportedly provide “valuable data for future research into autonomous technology”.

Reaching this speed with a front-mounted implement on a slippery surface does, of course, put additional stress on a tractor and its tyres. The block tread pattern of Nokian’s Hakkapeliitta TRI tyres have apparently been designed for “stability on icy and snowy surfaces”. 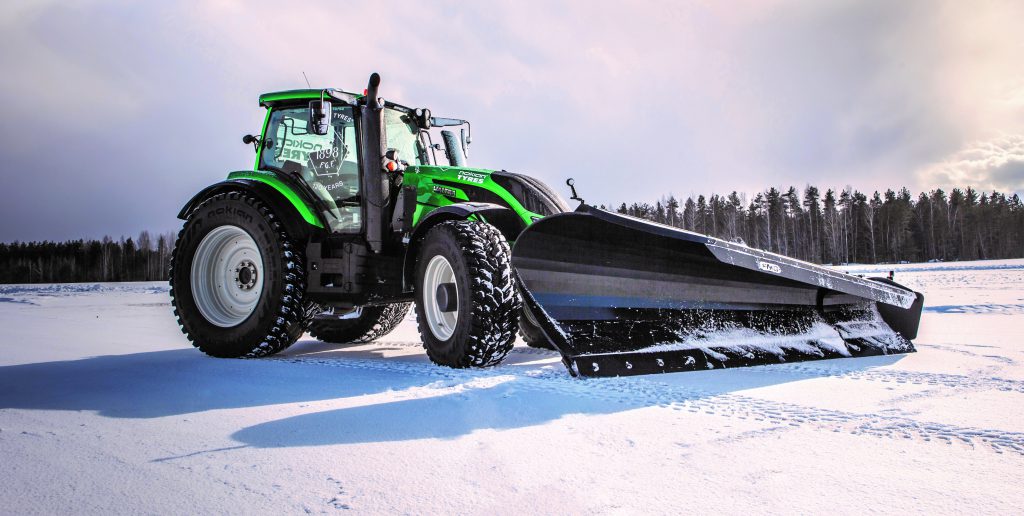 “The predictability and car-like handling of the Nokian Hakkapeliitta TRI, combined with its sheer traction, have made the tyre a popular choice with winter contractors,” explained Toni Silfverberg, head of Sales and Marketing at Nokian Heavy Tyres.

The same features also lend themselves nicely to working at record speeds.

This is the second world record in sub-zero conditions that has been set by Nokian Tyres and Valtra.

In 2015, the two Finnish manufacturers teamed up with rally legend Juha Kankkunen to set the current speed record for driving a tractor on ice at 130.165kph using a Valtra T234 Versu tractor (with Nokian Hakkapeliitta TRI tyres).