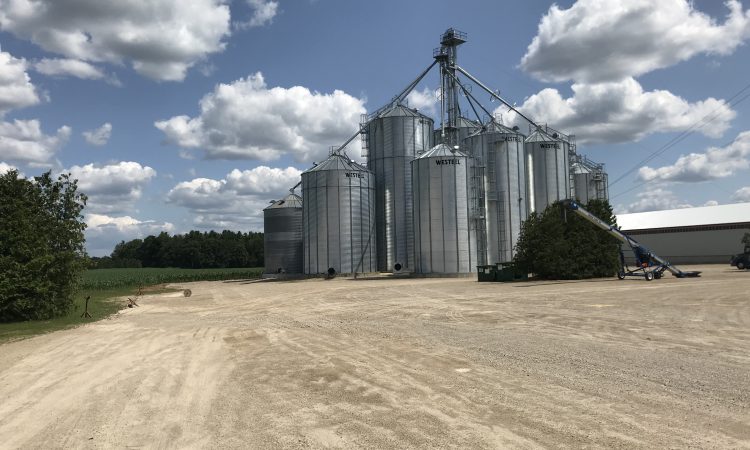 Pigs, politics, weather…grain prices go up and down all of the time and numerous factors play a role in the peaks and troughs.

Many of these factors might never cross farmers’ minds here in Ireland from one end of the week to the next.

At the R&H Hall conference, yesterday, October 24, Dan Basse – president of AgResource Company – enlightened the audience about what he thinks will be some of the main influences on the 2019/2020 market.

Given the Chicago man was presenting in Ireland, Brexit was first on his list, but politics featured heavily over all.

Basse was concerned with politics and trade being mixed together, adding that this makes the outlook more difficult and leads to indecisive behaviour.

The Chicago-based trader added that nationalisation is the name of the game rather than globalisation at present and this does not provide security in the market.

We’ve all heard of the US China trade war, but the most recent tariffs on EU dairy and meat products, as well as olive oil and wine, bring the ‘trade war’ term closer to home. Those most recent tariffs came about as a result of an on-going row over Airbus and Boeing plane manufacturers.

Basse reported that “upside price risks” from the wet spring in the US this season will remain into mid-November. He also warned that “short crops have long tails” and that this saying will apply to corn, soy and wheat values in 2020.

Plantings will most likely rise next season, where wet weather prevailed this spring, as farmers will return to fields that could not be tackled this year. Normal weather in 2020 would suggest a downside to prices late into the year.

African swine fever (ASF) is creating uncertainty in the markets at present. It has decimated pig numbers in China and is spreading across Asia. China’s hog herd losses are estimated to hit 45-50% by the end of 2019 and this figure is estimated to move to 60-70% by the middle of 2020 according to Basse.

Worryingly, the disease has longevity and Basse commented that it’s only a matter of time before ASF makes its way further afield.

A decimation in the pig herd means less feed is needed and more is left on the market. It would also suggest a move to grain from oilseeds such as soybeans.