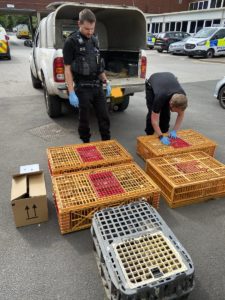 A man who has been found in breach of an animal protection court order six times has been jailed, North Yorkshire Police have confirmed.

Michael Hawkswell (45) from Nunwick, North Yorkshire, was sentenced at York Magistrates Court on Wednesday, September 8, 2021, for six breaches of a standing 10-year Animal Disqualification Order – in addition to an existing suspended sentence.

He was sentenced to 32 weeks in prison and given a 68-week driving disqualification.

‘A danger to animals’

Hawkswell, who has previously been described as a ‘danger to animals’ by police, was issued a ten-year Animal Disqualification Order in April 2019, to prevent harm or suffering to animals.

Under Section 34 of the Animal Welfare Act 2006, said order disqualified him from owning, keeping, or participating in keeping any animals.

Over a year later (Jul 1, 2020), acting on intelligence received on Hawkswell’s activities, Rural Task Force officers stopped Hawskswell on the A1. In the back of his car they found 47 hens, four geese, three guinea fowl, 10 ducks and two cardboard boxes containing a dozen chicks.

Hawkswell was arrested on suspicion of breaching the order and subsequently charged, with added charges after news emerged that he had also been witnessed unloading, buying and selling poultry at auctions that June.

Hawkswell was stopped and arrested once again on March 23, 2021, after police found two animal cages inside his vehicle – one containing a live duck.

Following the discovery of an animal movement certificate inside his vehicle showing he had bought two goats from a farm in October, he was subsequently charged.

PC Mark Atkinson, of North Yorkshire Police’s Rural Task Force said: “Michael Hawkswell knew full well that he wasn’t allowed to have anything to do with animals – with a court order in place to protect them from suffering at his hands.

However, he has repeatedly shown a blatant disregard for that court order, and persistently breached it on a number of occasions.

“Members of the farming community were aware of Hawkswell’s illegal activity, and came forward with crucial information, allowing us to arrest him and put him before the court. I would like to thank everyone who has spoken to the police in relation to Hawkswell’s activities – your assistance has been so vital and helped our team to put the strongest case together.”

“I would like to thank the Rural Task Force for their continued and concerted efforts to tackle serious breaches of animal welfare legislation, as has occurred here.

This is a persistent offender who has continued to ignore his Animal Disqualification Order issued by the Court, showing total disregard for this whilst continuing to be involved in the care of livestock.

“The vigilance of the community and swift response of the officers means this offender has been brought to justice again.” 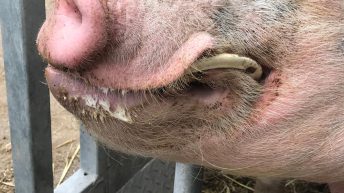 UK animal charity wound up amid allegations of ‘serious mismanagement’