120 tractors in a show of force at Fendt ‘field day’ 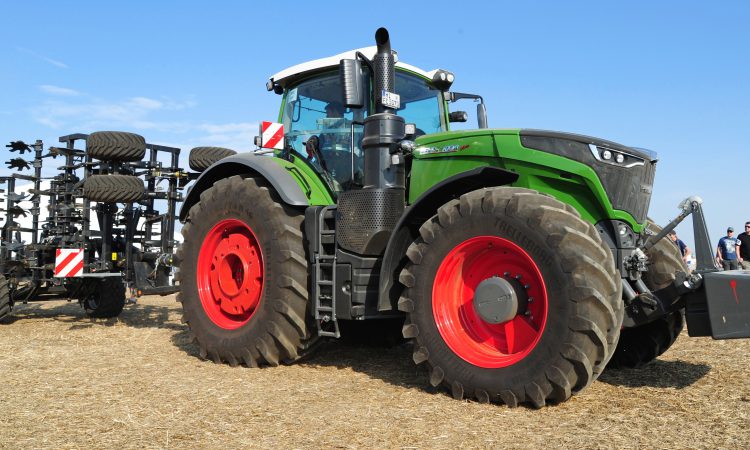 The sales performance and placing of tractor brands within the market is followed with great interest by many in farming.

It’s a market-place that tends to show gradual trends, rather than dramatic jumps in favour of any particular make. The bottom line is the annual league of sales figures. However, brand visibility is also an important driver in any company’s sales strategy.

AGCO is highly sensitive to such factors; it appears to be placing strong emphasis on the promotion of the various brands within its stable.

To this end, it recently held a Fendt-themed field day at Wurzburg in central Germany – at which it gathered together 120 tractors along with combines, forage harvesters and implements (some from other manufacturers). 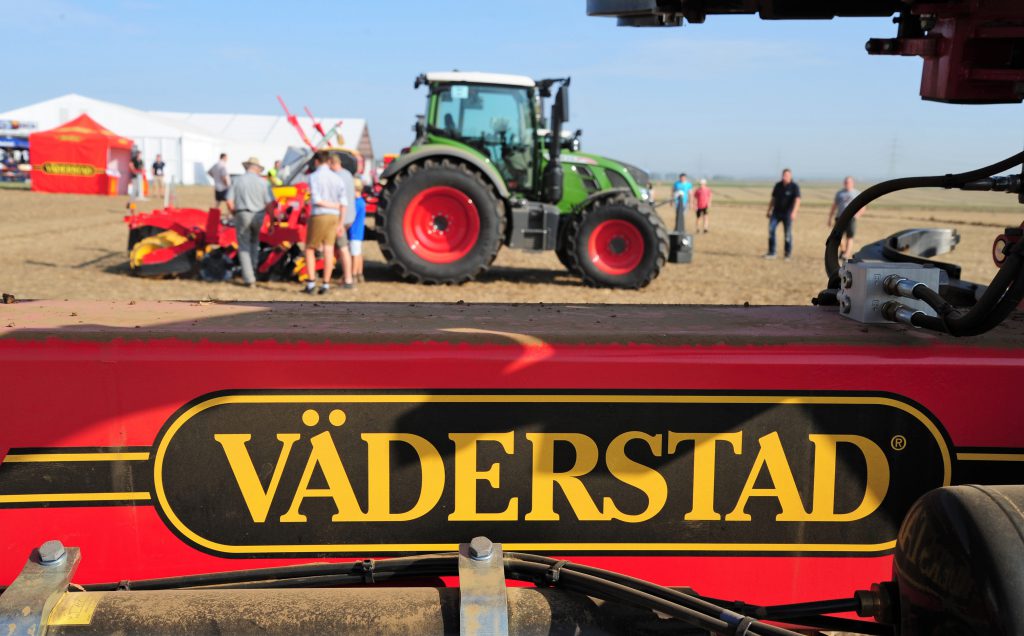 The emphasis was on showing off the latest developments – to reassure the agricultural community that Fendt is a growing brand to be taken seriously as an ‘everyday tractor’, rather than just a specialist machine for wealthier players.

Big news from the event – for some farmers and contractors at least – was the appearance of newly-revamped (Lely/Welger-inspired) round balers and ‘combi’ baler-wrappers in Fendt colours.

Also Read: Fendt to fight for a chunk of ‘combi’ baler-wrapper sales

Other new machines included the TKC and TRC trailed disc mowers, or ‘Slicers’ as Fendt would prefer to call them. They are available in 3 or 3.5m widths (and can be had either tine or roller-type conditioners).

Setting Fendt as a ‘benchmark’ brand is already taking root in the US, where AGCO’s new flagship combine harvesters – known as the ‘IDEAL’ series – are doing the rounds.

Although AGCO has stopped short of describing ‘IDEAL’ as a new and separate brand, it is clear that it is moving to a more unified approach (across its brands) in this market segment. 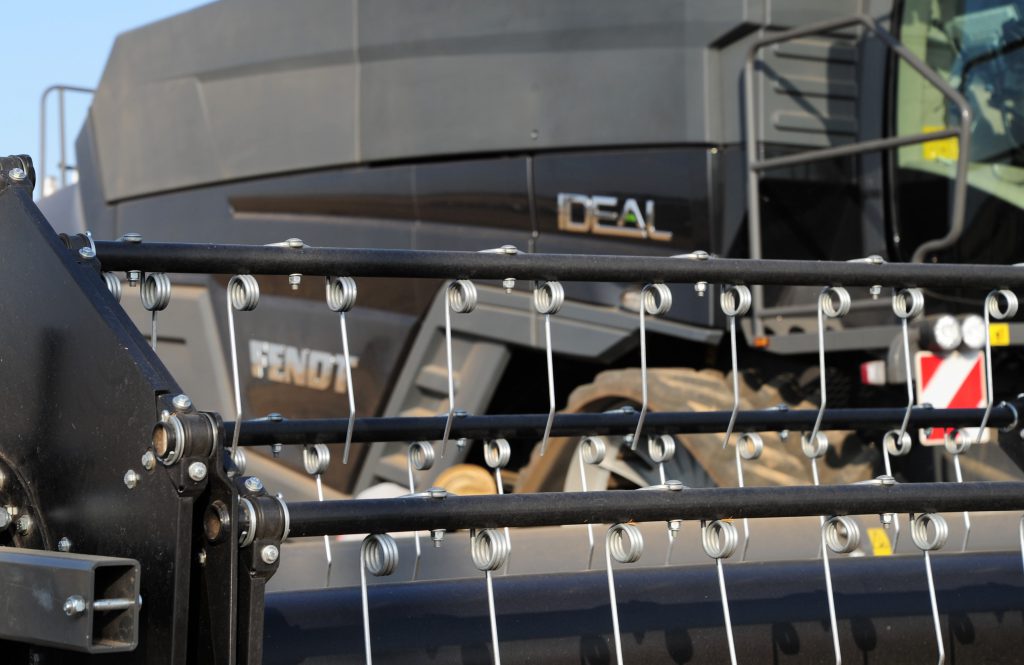 We are told that the ‘rotary’ approach will oust straw-walkers in some smaller combines in future. Also expect to see other ‘IDEAL’ features trickle down to lesser machines.

No major announcements were made with regard to Fendt’s tractor line-up, but there was an impressive array of current machines present – some static and some being put through their paces. 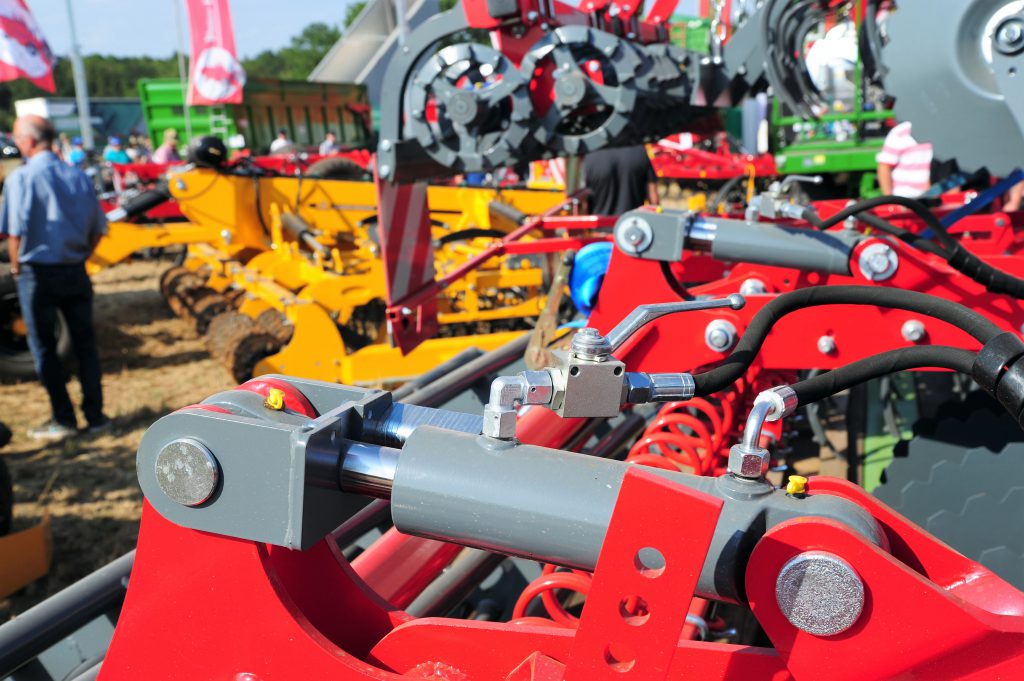 Fendt had invited many implement makers along to the day; some had trade stands and some participated in working demonstrations. Notable among these was Joskin X-Trem 18000 TS tanker (with a variable-width front axle and a disc cultivator attached at the rear). It was mated with a Fendt 936 Vario. 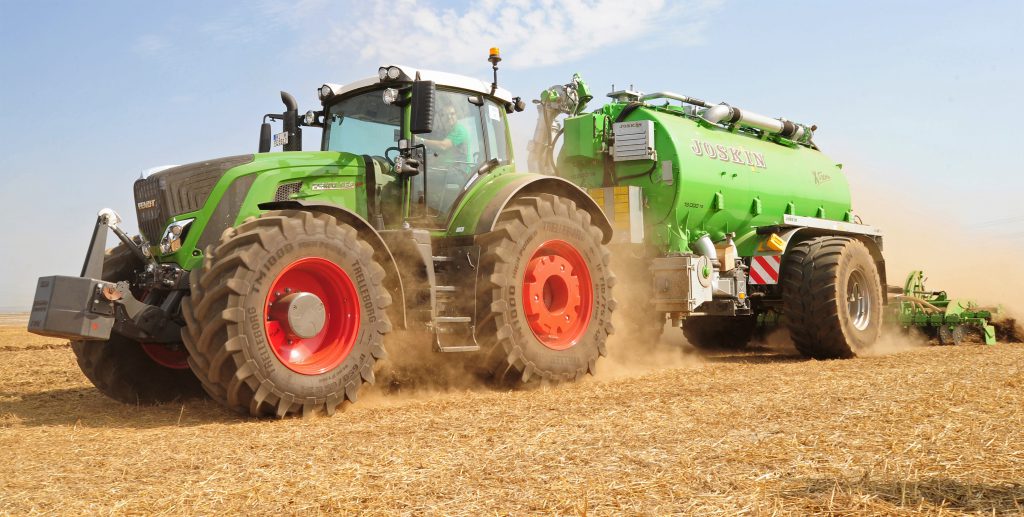 Fendt trades on its technological prowess – be it mechanical or digital. It came as little surprise then that a good deal of attention was paid to developments in the area of data generation and its transfer.

The world of data

The company happily states that it fully respects the ownership of the data, which is to be welcomed, but it spoiled the effect somewhat by presenting each journalist with an Alexa – what I would describe as a listening device over which there is no control of data dissemination.

It would appear that the company sees a clear division between the two data types created by tractors (and implements).

The first type of data relates to service and warranty, which is used in the maintenance, fault-finding and recording of a tractor’s operation and performance.

The second involves the collection of field data (for farm management purposes).

When asked just how this information might be used, Fendt’s representatives stated that the company’s role is purely to provide or facilitate the information. The company appears content to let third-party stakeholders provide management packages to utilise this data.

When it comes to automation, it is generally speculated that tractors might evolve to being able to operate without humans on board.

However, there is another school of thought – which envisages fleets of smaller robots performing, for example, arable (tillage) tasks as they roam the fields. Fendt is certainly exploring this latter option, with its Xaver robot system. 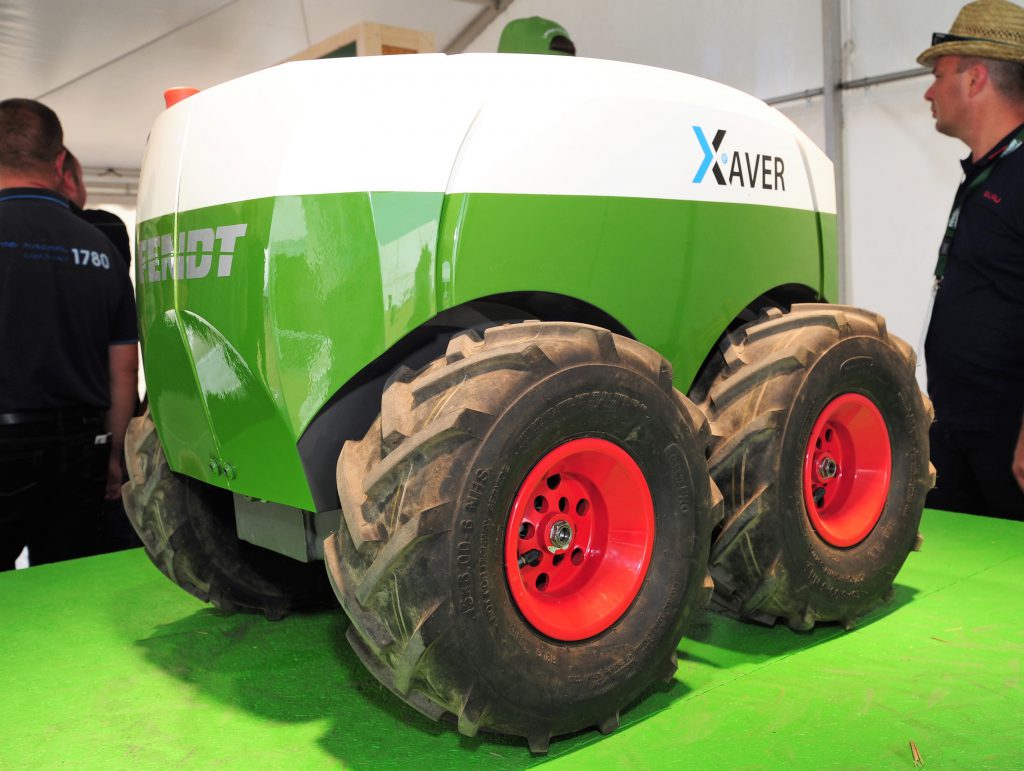 It may well turn out to be the ‘dark horse’ in farm mechanisation developments; the company obviously thinks the concept has some potential.