Abolishing Agricultural Wages Board to benefit industry by £1.2 million 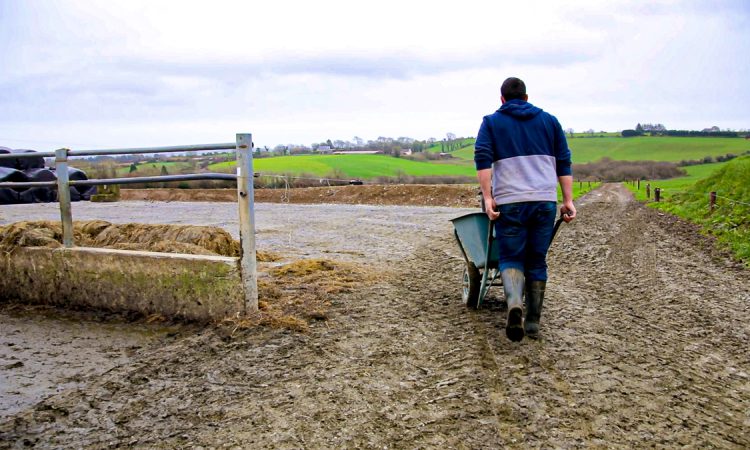 Abolishing the Agricultural Wages Board (AWB) in Northern Ireland could have net benefits of up to £1.2 million over the next 10 years to the industry.

The proposal will primarily impact the 6,700 employees working on Northern Ireland farms, as well as the 3,300 farms with at least one paid employee. The rates set by the board do not include packing and processing employees.

What does the Agricultural Wages Board do?

The Agricultural Wages Board sets the terms and conditions of employment for agricultural workers; for example, minimum rates of pay, based on the grade of the worker.

Employees must be paid the higher of whichever of the two rates they qualify for.

Should the AWB be abolished, workers in the industry would be placed on the same footing as those in all other sectors of the economy.

The AWB has operated under its current legislation since 1977; however, the board has existed in some form since the 1930s.

The AWB meets three times a year and is made up of 15 members including:

The cost of operating the board, including secretariat staff and administrative costs, excluding enforcement costs (as no complaints have been received), has averaged around £23,000 per year over the last three years.

How will it affect farm workers?

It’s estimated abolishing the board will cost the average farmworker £88/year, ranging from £59 to £129 per paid worker per year.

Younger and newer workers are the most likely to be adversely impacted. While workers at the standard grades aged 21 and over would be expected to benefit from a higher rate of pay. Casual workers, including seasonal and migrant workers, will be likely to be impacted as they will be considered as ‘new entrants’ and are, therefore, more likely to receive the national minimum wage rate.

DAERA analysis suggests a ‘best estimate’ could result in a reduction in total wages earned by workers of £600,000/year on average – a figure which includes the changes to annual leave and sick pay.

The plans have been welcomed by the Ulster Farmers’ Union but have come under scrutiny from Unite.

Sean McKeever from Unite said the AWB represented the “last bastion of protection” for low-paid agricultural workers in Northern Ireland.

He added that he feared farm workers could become more vulnerable to exploitation should the board’s work be ended.

How are agricultural wages set in other parts of the UK and Ireland?

The AWB was abolished in England and Wales in October 2013 with the aim of simplifying employment regulations in the Agriculture sector. Key arguments were that the AWB structure had become outdated, and workers were already adequately protected under other employment legislation including the National Minimum Wage and the reform of Public Bodies.

The Welsh government challenged the application of this decision to Wales and subsequently re-instated an agricultural pay regime through the Agricultural Wages (Wales) Order 2016. Following a review of the Scottish AWB, its retention was confirmed on December 22, 2015. Therefore, the National Minimum Wage and National Living Wage rates apply for agricultural workers in England, whilst agricultural rates continue to apply to workers in Scotland and Wales under separate wage regimes. Provisions for agricultural wages have also been removed in the Republic of Ireland, with workers now covered by the National Minimum Wage.

The public consultation closes on July 8 at 11:59pm and can be accessed here on the DAERA website.

Following the end of the consultation, the Agriculture Minister will decide whether to bring forward a proposal to abolish the AWB. Should the matter be taken forward, this will be done in the form of a Bill that must then pass through the Northern Ireland Assembly. This process is likely to take several months.