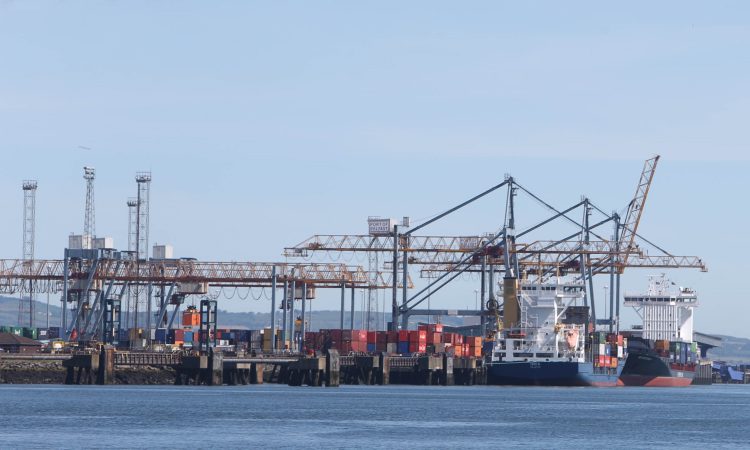 A ‘coded report’ regarding the safety of port staff was made to Crimestoppers Northern Ireland Agriculture Minister Edwin Poots has alleged.

The minister made the claims while giving evidence to the Stormont Agriculture Committee on his decision to withdraw DAERA staff from ports.

Poots told members he made the decision “in conjunction with what local police officers were saying”.

“There seems to be some issue with information that was coming from police on the ground and police at a senior level,” he said, alleging that some information had not been made public.

“The first thing that alerted me to the situation happened on the Wednesday, when [PSNI Assistant Chief Constable] Mark McEwan made his comments to the Westminster Northern Ireland Affairs Committee. Subsequent to that, I made it my business to identify information to see what the situation was,” Poots said.

“In that conversation — I am surprised that this has not yet been said — I was informed that Crimestoppers had received a report that came from a coded source relating to all this.

“I followed that up the next day with meetings with local government officials in Belfast and Larne.”

Poots said the conclusion was that he could not guarantee the well-being of staff.

“I put this to you: if you were in my position and you could not guarantee your staff’s well-being, what would you do? Would you put them at risk? I certainly would not,” he said.

“…I gave you an example of where material that was raised through Crimestoppers did not become public. The police withheld that information from Mid and East Antrim Borough Council and Belfast City Council. That caused me concern.

“I was absolutely horrified on the Monday when I learnt that the chief executive of Belfast council, in particular, had not been made aware that something had come from a source that was not just someone ringing into Crimestoppers, but a source that, I believe, had a code and it was not reported.

“If the senior levels of the PSNI were holding back information, that is for them, not me, to answer.”

North Antrim MLA Philip McGuigan asked what the minister had to say about suspicions that the threat to staff was “exaggerated in some way in order to get a particular political outcome or to create tension around the Irish protocol”.

Responding, Poots said: “You are making a presumption that conflates two issues, which is an entirely false premise. I am dealing exclusively with the issues raised directly by members of staff and by people on the ground, such as public representatives, whom I consulted.”