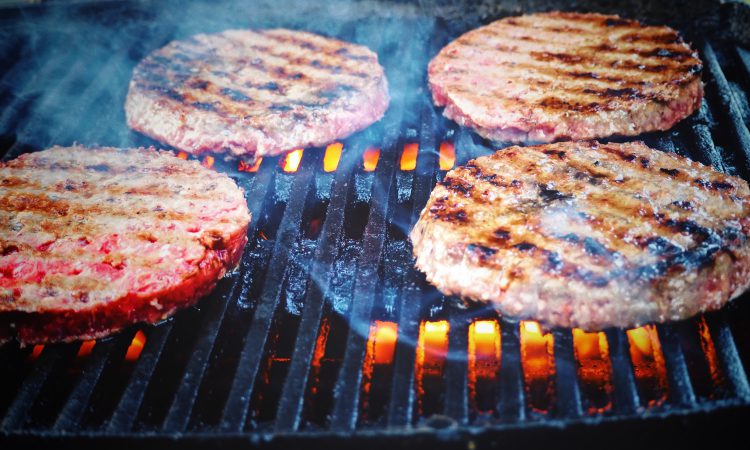 Reports have emerged that the UK government has agreed in principle to offer a 15-year transition zero-tariff, zero-quota trade deal to Australia.

It comes despite the fact the UK government’s own impact assessment of a UK-Australia FTA concluded that full tariff liberalisation would result in an increase of imports from Australia of 83% and a fall in UK agricultural output of more than 0.5%.

The report stated: “It is expected that the increase in imports would, in part, comprise sheep meat (including lamb) and bovine meat.”

Four of the UK’s main farmers’ unions have called for “urgent answers” from the government regarding the negotiations on a Free Trade Agreement (FTA) with Australia.

Northern Ireland Agriculture Minister Edwin Poots also said he was opposed to the deal and added that he had a “multitude of concerns” relating to the proposal.

“The prospect of such a deal presents a high level of risk to Northern Ireland and UK farmers. Therefore I believe that the UK should maintain tariff protection at present levels for all agricultural products where the UK has a significant production interest,” Poots said.

‘A downward spiral for farmers’

UFU president Victor Chestnutt said it was “deeply concerning” to have to learn of the proposed deal through the press.

“If this is correct, it could have a devastating impact on our NI agri-food industry and be the ruination of our beef and sheep farms regardless of whether unfettered access was offered now or in 15 years’ time,” Chestnutt said.

“We need tariffs and quotas set at a level that will protect us, not for government to unlatch the doors and leave them wide open. It would damage the competitiveness of our UK market and our farming families would be left struggling, putting some out of business altogether.

“This deal with Australia will be the first of the UK’s new free trade agreements and if the government does not honour its commitment to ensure that our farmers would not be undermined by agreeing to deals that would create unfair competition in our markets from the get-go, it will be the beginning of a downward spiral for our farmers.

“With so much at stake, it’s utterly unacceptable that the establishment of the new statutory Trade and Agriculture Commission has not yet been progressed so that it can scrutinize the deal that is on the table.

“It was also reported that government agreed to offer safeguards to maintain high standards of local farming and food production. We need further clarification on these ‘safeguards’ immediately as they’re going to be critical to mitigating the impact of the trade deal on sensitive sectors like beef and sheep in particular.

“We have written to the Northern Ireland Secretary of State Brandon Lewis MP to highlight all of these concerns and raised them in a meeting with the Minister of State for Trade Policy, Greg Hands, as well as during recent meetings with conservative MPs and House of Lords Peers alongside the other UK farming unions. We urge the UK government once again, to remain committed to its negotiating objectives as trade discussions with Australia continue.”

‘Questions need to be answered’

This follows reports suggesting the UK government is set to offer Australia a trade deal that includes a 15-year transition to zero-tariffs and zero-quotas.

NFU president Minette Batters said: “It is incredibly disappointing to hear news of the government’s trade strategy from sources other than the government themselves, especially when its reported plans will have such a massive impact on British farming.

“There remains a huge amount of unanswered questions about exactly how decisions regarding trade policy have been made, on what basis and how it will operate in the future. It’s crucial urgent answers are provided to these questions.

“It is also incredibly concerning that the government is in a ‘sprint’ to sign up to a trade deal with Australia that would have serious implications for British farming and would seemingly offer incredibly little benefit to the economy.

“The Prime Minister and his government have pledged to level up the country. Agreeing to a tariff-free trade deal with a major agricultural exporter, with no safeguards or review mechanisms, would do exactly the opposite of that commitment and set swathes of rural Britain backwards.

“It is vital that we have a thriving food production industry. We all saw the importance of this during the height of the pandemic; when government itself described farmers as key workers playing a vital role in delivering the nation’s food.

“We remain of the view that it is wholly irresponsible for government to sign a trade deal with no tariffs or quotas on sensitive products and which therefore undermines our own domestic economy and food production industry.”

NFU Cymru said it was “bitterly disappointed” by the news, while NFU Scotland warned that, if correct, it could “put some farmers out of business”.