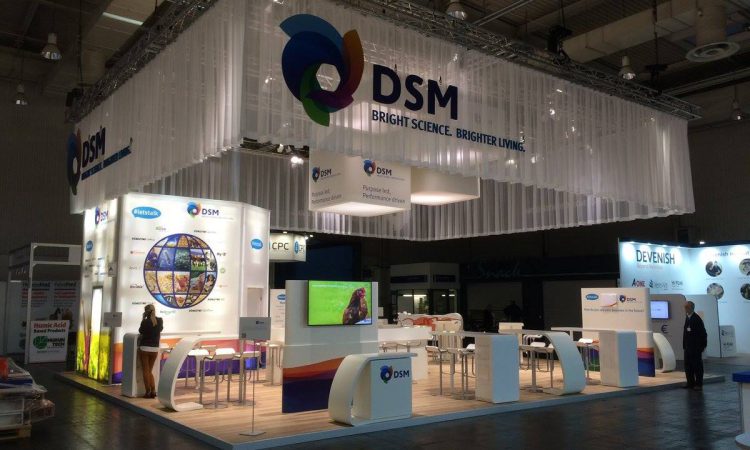 Royal DSM, a global company active in health, nutrition and bioscience, has announced that it is planning to implement large scale production capacity for its novel methane-reducing feed additive for ruminants, Bovaer, with a new plant at its existing site in Dalry, Scotland.

Commenting on the announcement, First Minister of Scotland, Nicola Sturgeon said that Scotland offers a welcoming and supportive environment for innovation and production, and is leading the way for a net zero future.

In a statement, DSM said that reducing methane emissions is crucial to reach the Paris Agreement target of maximum 1.5°C warming, especially since methane’s warming effect is shorter lived and much more potent than carbon dioxide (CO2).

The company said therefore, eliminating methane will “pay off right away”.

Experts at COP26, the UN climate conference which is taking place in Scotland this week, have emphasised the great impact additional focus on methane emission reduction can have, which was also expressed in the recently announced global pledge aiming at reducing methane emissions by 30% by 2030, according to DSM.

Among other things, methane is emitted from cows – over 50% of emissions from milk production comes in the form of enteric methane emission, according to the company.

Bovaer is DSM’s feed additive for cows which it says reduces enteric methane emission by approximately 30% for ruminants.

The project to develop Bovaer encompassed over 10 years, 45 on-farm trials in 13 countries across four continents, and more than 48 peer-reviewed studies published in independent scientific journals.

In September 2021, DSM received full regulatory approvals in Brazil and Chile for its feed additive. To prepare for further scale up in the next years, engineering for a new large plant in Dalry has started, which is targeted to be started up­­ in 2025.
Advertisement

DSM’s Dalry manufacturing site has been in operation for over 60 years and produces high quality micronutrients. The site is the only western producer of vitamin C, according to the company.

Geraldine Matchett and Dimitri de Vreeze, co-CEOs of DSM commented: ”First of all we are pleased with the Scottish government’s support of the buildup of our production capacity of Bovaer, particularly within the context of COP26, where the importance of fast climate action through reduction of methane emissions is emphasised again.

We are looking forward offering a scientifically proven effective solution to the challenge of methane emissions by farming.

“As food systems and climate crisis are intrinsically linked, addressing the challenge of sustainable animal farming for a healthy planet is pivotal,” they said.

Nicola Sturgeon, First Minister of Scotland, said: “Methane-reducing feed additives are a crucial part of the solutions that the agriculture sector needs to deploy towards achieving climate ambitions.

This multi-million pound investment will make Scotland the home of this innovative product and highlights that Scotland is leading the way in delivering a net zero future.”

Scottish Enterprise’s managing director, Linda Hanna added: “Royal DSM’s Project Bovaer has the potential to be a gamechanger for the world’s net zero ambitions and I am delighted that Scotland was chosen as the ideal location for this project.”

DSM in the UK

DSM Nutritional Products (UK) Ltd. employs over 300 staff and around 150 to 200 contractors at the Dalry production facility situated in North Ayrshire, 25 miles south-west of Glasgow.

The site has been producing vitamins since 1958 and today the main production processes are vitamin C, calcium-d-pantothenate (vitamin B5) and panthenol (proVitamin B5).

DSM said that the Dalry site is fully committed to sustainability for the future and it has delivered significant investment to demonstrate continued reduction of its CO2 emissions, which has focused on technology improvements within its production processes and utilities operations.