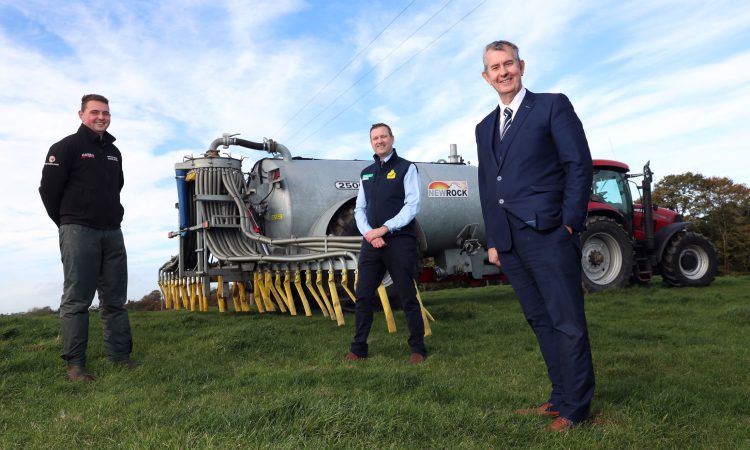 Voting took place today at the DUP headquarters on Dundela Avenue between 10:00a.m and 4:00p.m, with the new leader announced shortly before 5:00p.m.

It was a two-horse race between MP Sir. Jeffrey Donaldson and MLA Edwin Poots, who both represent the Lagan Valley constituency.

Incumbent leader Arlene Foster announced her resignation on April 28, saying she would stand down as DUP leader on May 28, and Northern Ireland First Minister at the end of June.

In his manifesto, Poots had called for reform within the party saying he wanted to “rebuild ” and “revitalise” the DUP and said that he would separate the role of party leader and First Minister, explaining “one person cannot do justice to both demanding jobs.”

Commenting on his election Poots said it was the “greatest honour” of his life.

“I look forward to engaging with my party, Executive and wider membership in the days ahead. Again, thanks to God for good health, to my family and friends for their enduring support as I step forward into this important role at this pivotal moment in our country’s history,” he said.

“I am convinced that Northern Ireland’s best days lay ahead and secure in a union that works for all its people. The task ahead is great but together we will take this party forward and lead our country to a better place.”

‘Work must begin to face the challenges ahead’

Sinn Féin leader Mary Lou McDonald was among the first to wish Poots well on his election and said the work now must begin to deal with the challenges that lie ahead beyond Covid.

McDonald said: “For the last year the five parties in the Executive have worked together in the fight against Covid.

“We must have the same unity of purpose and ambition facing the challenges ahead on the pathway to recovery.

“We need to build the economy and get people back to work, support the health service and meet the challenge of reducing waiting lists, deliver ambitious housing plans and we must deliver on agreements which bring about the political change and social reform the public rightly expect and require.

“The incoming leader of the DUP faces a new political landscape in the north, across the island and indeed between our two islands. Change is happening and we need to prepare for it.

“Sinn Féin wants power sharing to work and we are strongly committed to making our political institutions work so that we can create a better, fairer and more equal society for all.”