Environmental pillar calls for abolition of the agricultural diesel subsidy 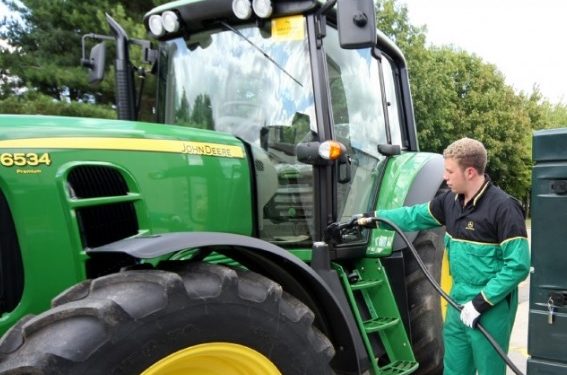 Environmental groups are calling on the government to abolish the agricultural diesel subsidy.

In a Budget Submission released today the Environmental Pillar, which is an advocacy coalition of 28 environmental groups says the abolition of the subsidy is now ‘appropriate’.

It says this would at the same time end laundering and also increase revenue.

According to the Environmental pillar, the continued ‘insulation’ of the agricultural sector from carbon taxation is not justified due to what it calls ‘the lenient treatment’ of the sector apparent in the 2030 climate change targets.

“It is just as appropriate to apply the polluter pays principle here as it is with other diesel users in the private car sector and household sectors,” it said.

According to Revenue, the sales of agricultural diesel (Marked Gas Oil) following a decline remain stable.

This is believed to be due in part to Revenue’s successes in tackling the laundering of agricultural diesel.

In early 2016, Revenue carried out a random sampling programme which tested for the presence of the new marker in road diesel in the storage tanks of around 200, or almost 10%, forecourt retailers.

No samples tested positive for the Accutrace S10 fuel marker.

Revenue says the sampling, which was carried out under the independent supervision of its Statistics and Economics Research Branch, demonstrates that the selling of laundered fuel in the market is negligible and close to being fully eliminated.

Tackling the laundering of agricultural diesel is, and will remain, a priority for Revenue.

However, Revenue has warned that any increase in the excise rate applied to diesel will increase the differential with agricultural diesel and increase the incentive for fuel fraud.

The Environmental pillar also said that the ongoing declines in farmland bird species contradict the ‘green’ claims of the agricultural sector creating a real risk of reputational damage for this sector.

Three simple measures, a levy on single-use items, a levy on the aggregates, and a levelling of the excise duty on petrol and diesel, would net the government in the region of €415m every year.