Farmer fined close to £10,000 for fraud and cattle identification offences

A farmer in Northern Ireland has been fined close to £10,000 (€11,530) for multiple fraud and cattle identification offences.

The Co. Tyrone farmer also received a suspended jail sentence in relation to a number of charges.

The farmer was convicted of 17 charges including:

This case arose following a complaint by a member of the public about the defendant’s activities, according to DAERA.

These offences were then discovered during a subsequent investigation and cattle identification inspection carried out by Veterinary Service Enforcement Branch.

Cattle movement offences are regarded very seriously by the department, a spokesperson for DAERA said.

“The department regards the misrepresentation of cattle as extremely serious, because it corrupts animal traceability and undermines the credibility of Northern Ireland’s computerised Animal Public Health Information System (APHIS).

“Cattle movements, notified to the department, are recorded on the APHIS database.

“The provision, within statutory limits or upon request, of complete and timely information concerning cattle in the herd, to the department is fundamental to the credibility and integrity of APHIS.

Properly maintained herd registers form an integral part of the animal’s traceability supporting the accuracy and integrity of APHIS. 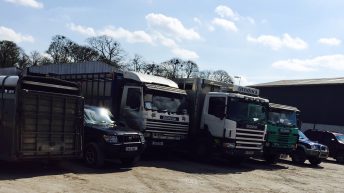