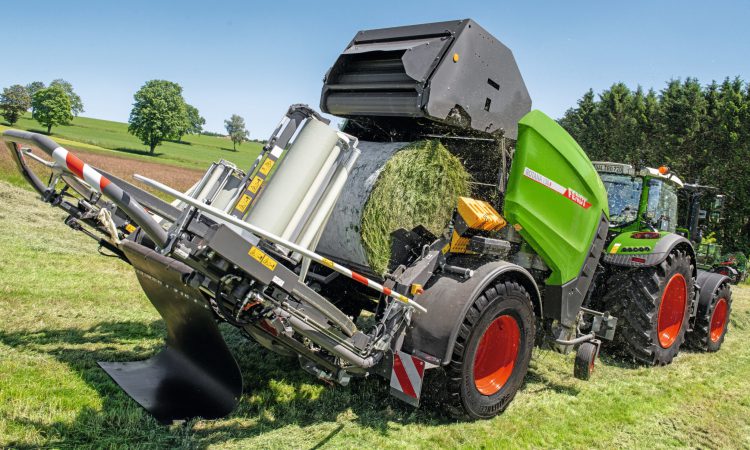 Fendt has reinforced its commitment to bringing digital technology to all aspects of agricultural machinery use, while also revealing developments within both the company and its range of equipment.

Overall, senior management is pleased with the sales results for 2020 given the constrained trading conditions.

There appear to be no major downturns in any part of the company’s portfolio and it is even hoping to sell an extra 30,000 tractors in 2021.

Announcements at a press event would indicate that over the past year, Fendt focused on a gradual development of products, rather than any radical change to existing equipment or new machines.

Having outlined what it believes to be latest challenges to farming such as “short harvest windows, changing climate conditions and legal restrictions”, the company unveils its answer – FendtONE.

Fendt describes this as an operating concept that combines the tasks of machinery management with overall farm management.

It is intended to integrate the tractor directly into a digital farm management system that not only collects data, but also guides decisions on machine operation.

These tractors also benefit from an air filter cleaning mechanism on the larger models and improvements to aid front loader use on the smaller machines.

The company has redeveloped its ‘Slicer’ range and launched them as a new generation of front and rear disc mowers.

Saving weight was the major aim of the exercise and Fendt claims that the Slicer 310 F saves up to 60kg in weight compared to its predecessor.

In the case of the rear mower combination, the new design can save up to 350kg in weight.

The low weight reduces power requirements and saves fuel. It is suggested that these new mowers can now be used as a triple gang combination on medium range tractors down to 150hp.

The company’s range of rakes has not escaped attention, with the former 12545 and 12545 PRO now featuring a hydraulically lowering chassis. This gives the machines a transport height of less than 4m when in transport mode.

A new paint process with added UV light protection is said reduce fading by sunlight and so keeps up the appearance of the machines for far longer.

It is still possible to switch back to net if required on the latest machines.

On the Fendt Tigo VR forage wagon there is a fully automatic throughput control which regulates the driving speed of the tractor via TIM (tractor implement management), depending on the pickup load and its speed.

As a result, the tractor will slow or accelerate depending on the crop, without the driver having to manually compensate for conditions.

In addition to the usual revealing of updated and ever smarter machinery, there were a couple of other items which sees Fendt cooperating ever more closely with its market rivals.

Of particular interest is the intention “to purchase updated 6.1L and 4.1L engines to be used in selected Fendt tractors”. This is despite AGCO having heavily invested in its own plant in Finland to produce a new family of engines.

In addition, “AGCO and Deutz will explore closer cooperation on engines or engine installation components below 150hp,” according to the company.

Speculation might well arise as to just how independent of each other AGCO Power and Deutz will remain looking to the long-term.

It is only a matter of weeks since CNH announced the purchase of Raven Industries for $2.1 billion, yet that has not deterred AGCO from becoming a future customer of its great rival.