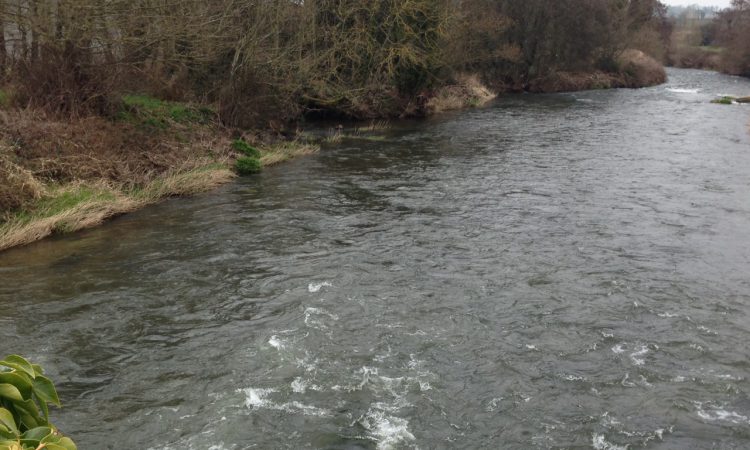 A farm business in Co. Tyrone has been fined £1,250 at Coleraine Magistrates’ Court today after pleading guilty to a pollution offence.

Malcolm Keys (Farms) Ltd., based at Bolies Road, Fivemiletown, was also ordered to pay a £15 Offender Levy for allowing a polluting discharge to enter a waterway from one of its multiple sites.

The court was told that on November 21, 2018, a Water Quality Inspector (WQI) acting on behalf of Northern Ireland Environment Agency (NIEA) carried out an inspection at Castleroe Burn, upstream of its confluence with the lower section of the River Bann.

An extensive amount of grey fungus was observed on the bed of the section of the river and on vegetation along the waterway.

Inspectors followed the trail upstream where they discovered a grey/beige coloured liquid discharging from a black perforated pipe to the Kilmaconnell tributary.

They also saw frothing on the surface of the water and more grey fungus, whilst further upstream the waterway was clean and clear.

On further examination, an inspector discovered that a below-ground whey tank, located approximately 30m from an open field drain, was almost empty. It transpired that the whey tank had rusted through, causing it to leak into the waterway.

As required by procedures, a statutory tripartite sample was taken and analysed. The results confirmed that the discharge contained poisonous, noxious or polluting matter which was potentially harmful to fish life in the waterway.