Home » N.Ireland » ‘I was given the opportunity to do what I wanted – rear cattle of my own’ 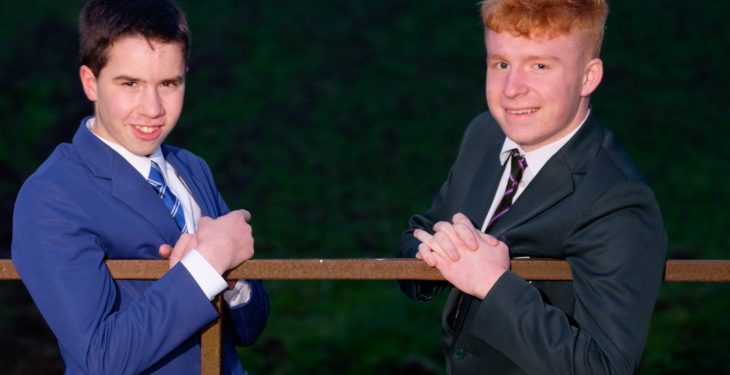 The two winners of the first ever youth Angus rearing competition in Northern Ireland have decided to invest their winnings back into their farming futures.

The boys say the experience was a “dream come true” and gave them the opportunity to be in charge for the first time.

The ABP Farmers of the Future competition was launched for the first time in 2015 and saw two Co. Down boys gifted six Angus calves – but the competition had only just begun.

Once the boys received the calves they became responsible for their care and had the challenge of fattening them over the next 18 months.

The Farming of the Future competition challenged young people between the ages of 12 and 16 to give their perspective on what is meant by the phrase: ‘Best beef farming practice’.

Following a ‘Dragons’ Den’ style pitch to a panel of industry experts, two winners were selected and awarded six Aberdeen Angus weanling bullocks to use to put their theories into practice.

The Farmers of the Future competition has paved the way for a new competition; the ABP Angus Youth Challenge, which launched just days ago.

“It has been an amazing experience,” said Owen McGreevy, who is now 17 years old.

I was given a real opportunity to do what I have always wanted to do – rear cattle of my own.

“Having access to the management advice from ABP’s blade farming team and professional veterinary input, when required, has added immensely to my skills base.”

The McGreevy family run a suckler beef farm with a number of the home-bred calves brought through to finishing weights.

Caleb Haffey – who was only 12 at the time he entered – impressed the judges with his handle on the numbers.

“I want to follow a career in farming,” he said.

“At home we milk cows. But we also keep beef cattle and sheep. I have a small ewe flock of my own – which is managed as a stand-alone venture – and I really enjoy this.

But to have the opportunity of managing the six Angus bullocks from weaning through to beef really was a dream come true.

The two groups of calves were delivered to the winners’ farms in April 2016. The prize fund invested by ABP totalled £7,000 (€7,892), including the cost of the weanlings and all concentrate feeds used.

The boys then sold their finished animals to ABP receiving the full value of the beef at slaughter.

ABP blade farming co-ordinator Arthur Callaghan visited the McGreevy and Haffey farms during the process to help them get as much growth as possible from grazed grass and silage.

Practices relating to grassland management and the implementation of effective animal health policies were also covered.

It took an average of 16 months for the boys to get the steers through to finishing weights.

“The results achieved speak for themselves,” Callaghan said.

The final carcase weights ranged from 350kg to just over 400kg (averaged 375kg). This is a tremendous level of performance, and reflects a management input on the part of Owen and Caleb – which any specialist beef producer would be proud of.

Both boys are using their rewards to invest in their futures.

“For me the priority was getting my driving test and putting a car on the road,” said Owen. “Both those boxes have now been ticked.

“With the money that was left over I was able to buy a choice Charolais breeding heifer, which will be put to the bull over the coming months.”

Caleb is investing the money received into the home farm.

He said: “I enjoyed every minute of taking part in the competition process and then having the cattle to rear at home.

“I have learnt a lot about managing stock and I would encourage as many young people as possible to take part in the next generation of this competition, the ABP Angus Youth Challenge.” 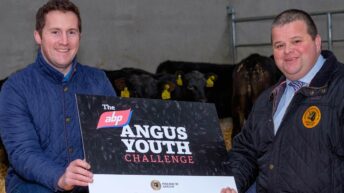