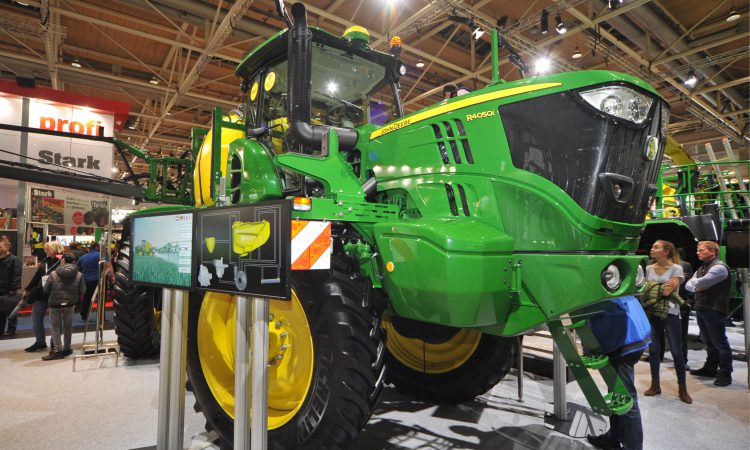 On top of the disruption caused by component shortages, John Deere is currently experiencing strike action at its North American factories with around 10,000 staff involved.

The strike is the first to hit the company in 35 years and began on October 14 after a wage settlement negotiated by the UAW union was rejected by 90% of its members.

In total, the company employs around 28,000 factory staff in America with a further 14,000 management and administrative staff, according to the Wall Street Journal.

Both factories and parts distribution centres are affected, leaving North American dealers concerned about stock and parts availability. Tractor and harvester production have been hit, as well as the production of mini tractor and garden machinery.

From reports circulating in the American press, it would appear that the deal negotiated by Chuck Browning of the UAW fell far short of his members’ wishes.

Browning is quoted as saying that the deal included an immediate 5-6% pay rise with others to follow. However, a leaked copy of the agreement notes that the proposed pay rises occur every two years and the following hikes are somewhat less.

This, it is claimed by the World Socialist Web Site, which published details from it, amounts to a 2% annual increase over the six year period covered in the negotiations – far below the annual rate of inflation, which it places at 5%.

A second agreement was reached on the at the end of October. This included an $8,500 ratification bonus and a “10% wage increase and 30% wage increases over the term of contract” according to the company’s website.

This to was rejected by the UAW membership at which point John Deere withdrew from the negotiations stating that it would “execute the next phase of our Customer Service Continuation Plan”.

“John Deere would have invested an additional $3.5 billion in our employees, and by extension, our communities, to significantly enhance wages and benefits that were already the best and most comprehensive in our industries.”

Presently, the strike continues with no agreement being reached in America. European plants are not affected

Away from the industrial strife in America, John Deere has also confirmed that it will not be attending Agritechnica next February.

The company believes that the timing will clash with the spring workload on many farms and so, attendance will be reduced. Due to this factor, the company said it needed to “question the tremendous investment”.

However, it has confirmed that it will be attending other shows and field day events throughout next year.