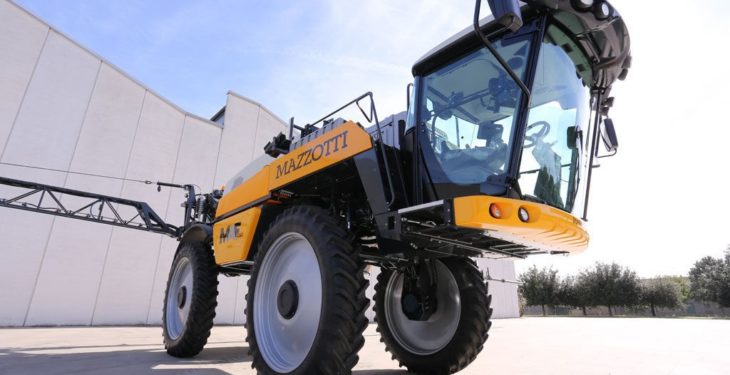 Machinery giant John Deere has announced the acquisition of Mazzotti, a privately-held sprayer company based in Ravenna, Italy.

The announcement was made on Monday, June 26, in Mannheim, Germany.

“Mazzotti is known for its innovation as well as its unique knowledge, designs, and expertise in the sprayer industry,” said John May, President, Agricultural Solutions and Chief Information Officer at John Deere.

The acquisition of Mazzotti provides John Deere with an opportunity to serve more customers in European markets.

Mazzotti, a family-owned firm that has been in business for three decades, will maintain its name, trademark, and commercial agreements and will continue to serve customers.

May noted that, following the purchase, Mazzotti will have the full support and commitment of John Deere to enhance its “already successful” sprayer business.

Specialising in self-propelled sprayers, Mazzotti manufactured its first self-propelled machine in 1987 and quickly became the market leader in Italy with an 85% market share nationally.

Mazzotti has distributors in the Netherlands, Spain and the Czech Republic. The Italian company is known for its own self-propelled equipment, as well as making skid units for other manufacturers – such as the Vicon iXdrive sprayer.

This deal comes in the wake of John Deere’s acquisition of Wirtgen Group, a privately-owned international firm that is a prominent global manufacturer of road construction equipment.

The purchase price for the takeover was €4.357 billion in an all-cash transaction – in addition to taking on the company’s debt – which brought the total transaction to €4.6 billion.

Wirtgen Group, headquartered in Germany, has five brands in the road construction sector in areas such as mixing, milling, processing, compaction, paving and rehabilitation. The firm has approximately 8,000 employees and has sells to over 100 countries.

The deal was concluded at the start of this month.