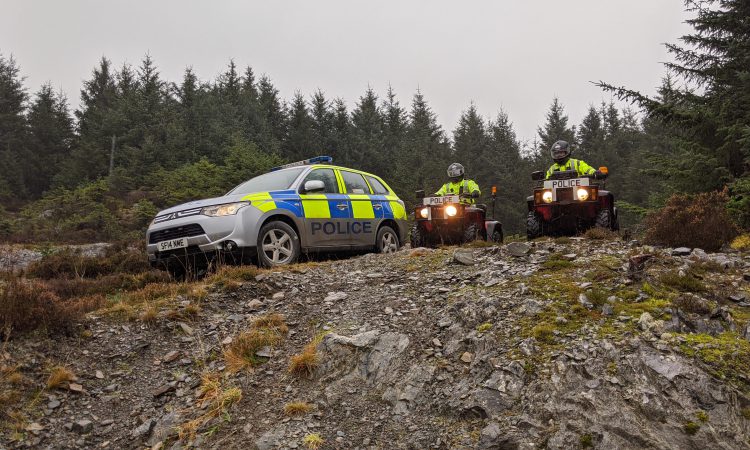 Over the Covid-19 lockdown period, fly-tipping has remained a major cause of concern and anger to the rural communities of Ayrshire.

The local authorities and Police Scotland have a coordinated effort to ensure that there is a prompt response, developing an intelligence picture with respect to the perpetrators of fly-tipping and, where appropriate, joint investigation and enforcement of fly-tipping incidents.

The new approach has already seen several offenders traced and issued with Fixed Penalty Notices (FPNs) in the communities of Hurlford, Newmilns and Galston.

Further areas where fly tipping and anti-social behaviour has been prevalent include the Galloway Forest Park around Loch Doon, Whitelee Wind Farm and locations around New Cumnock.

On one day alone, a joint quad bike patrol visited two locations, recovered evidence, and made enquiries, which resulted in two detections. Police and council staff were present during enquiries and conditional offers of Fixed Penalty Notices (FPN) were issued.

Whilst both £200 FPNs were paid, the council or the police can still report the matter to the Procurator Fiscal, where the maximum fine can be £40,000 and may also result in vehicle seizure and even a custodial sentence.

The local authority completed the clear up of the sites.

“Fly-tipping is a terrible blight on our beautiful Ayrshire countryside and potentially harmful to livestock, wildlife and humans.

“One of the asks in the NFU Scotland fly-tipping strategy is for a commitment to prevent fly-tipping through innovative ways and addressing fly-tipping at the root of the problem.

That includes promotion of good practice between local authorities, and APARC is very encouraged to see this happening now in Ayrshire.

“There is still a long way to go on this dirty problem, but by continuing to lobby and taking a practical and positive approach, I am sure we can drive this scourge into the history books.”

“Having the ability to be routinely seen in rural settings alongside the police, where environmental crimes such as fly-tipping occur, is invaluable and already we are seeing a decrease in some incidents and an increase in successful detections.” 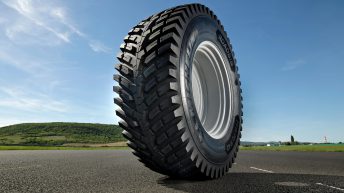 New agricultural tyres on the market from Michelin