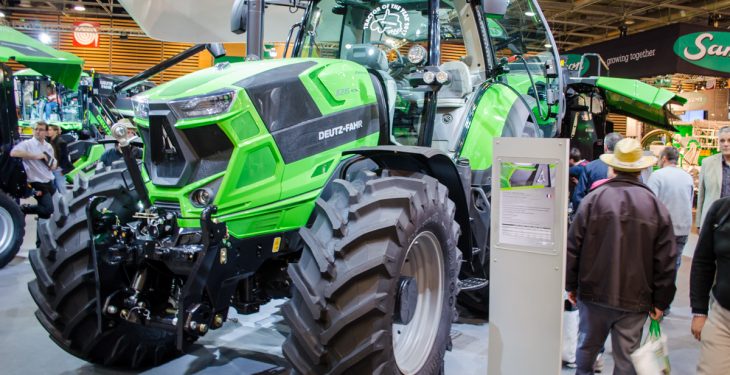 Numbers indicate that attendance was slightly down at this year’s SIMA show in Paris. The 77th instalment of the event was held last week and ran for five days.

The event is among Europe’s, if the world’s, biggest international agricultural trade shows.

Figures filed by the organisers show that 232,000 people attended; 23% of whom travelled there from outside France. This was 3% lower than the attendance figure for the previous 2015 event. 1,770 exhibitors partook, from 42 different countries dotted around the globe.

In spite of, what the organisers describe as, a challenging economic environment for the machinery industry, it says that “professionals from the farming sector came together with the firm intention of looking towards the future with a realistic and optimistic philosophy”.

Yoann Marchand, Communications and Sales Promotion Manager at Massey Ferguson, France, said: “It was a satisfactory atmosphere, which was unexpected at this complicated time. Visitors came in search of technological solutions.”

Practically all of the major tractor and machinery manufacturers were present. Many Irish machinery companies were there; either in their own right or represented by French distributors.

It wasn’t just about machinery, however. Harold Korte, an online cattle trader from Brazil, commented: “It is an excellent opportunity to meet all the people that matter in one place”. The SIMAGENA event, which was part of the overall show, featured cattle auctions and breeding competitions.

Those with an interest in overseas machinery events might also consider events such as Cereals UK (June 14 and 15) and the AEA-organised Tillage-Live (September 14). Both events will be held in Lincolnshire, albeit in different locations.

Situated on a working farm, Cereals UK incorporates demonstration areas for manufacturers, distributors and dealers of cultivation equipment. A ‘Sprays and Sprayers’ arena is dedicated to sprayer demonstrations. There are also crop plots, to enable seed companies and chemical products manufacturers to show their wares.