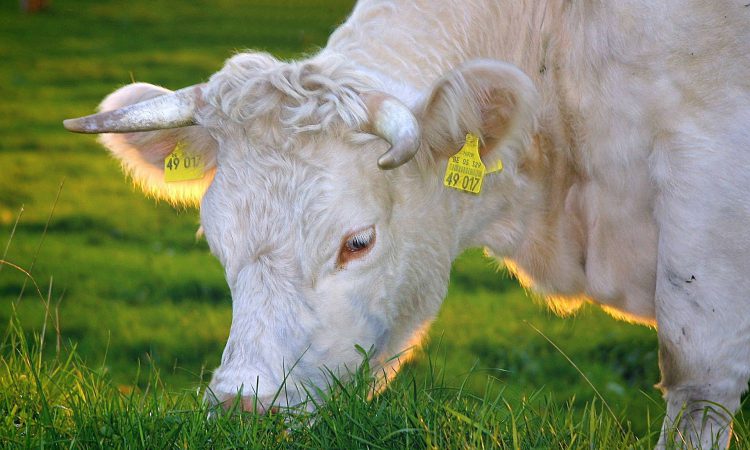 Speaking during last week’s Agriculture Committee, Chestnutt warned the bill would have “a more detrimental effect to Northern Ireland than any trade deal”.

However, later in the session, deputy chairman of the committee Philip McGuigan, who is a co-sponsor of the bill, told the farming representatives he felt their language was “unhelpful”.

“I have to pull you up for using words such as ‘decimating rural communities’ and ‘killing the industry’, there’s none of that in this bill,” McGuigan said.

The private member’s bill is the first of two Climate Bills currently making their passage through Stormont. The bill sets a legally binding net-zero target for Northern Ireland by 2045 as well as mentioning unspecified “targets” for soil and water quality.

The rival bill instead follows the Climate Change Committee recommendation of an 82% reduction in emissions for Northern Ireland by 2045 as part of UK net-zero.

Sustainable produce to feed the world

Chestnutt referenced UN forecasts which show international demand for food is increasing, with the global population expected to rise to nearly 10 billion by 2050.

“While Northern Ireland must reduce our impact on the climate, we should not reduce our capacity to produce high-quality affordable food produced to high environmental animal health and welfare standards,” Chestnutt told MLAs.

Agricultural production will need to increase by an estimated 60% according to the UN Food and Agriculture Organisation, with strong future demand projected for commodities such as milk and meat.

“Northern Ireland grass-based livestock production systems are among the lowest greenhouse gas emissions in Europe per unit of production. So, it makes sense to produce milk and meat here rather than in other areas of the world. Food security will become increasingly important.”

Chestnutt told MLAs greenhouse gas emissions from beef in the UK are 52% lower than the global average.

I will not stand back and listen to accusations that Northern Ireland farmers are lagging behind and we are lacking in ambition when it comes to climate change,” he said.

“Farmers here are proven to be doing a good job when it comes to emissions. Yes, there is a lot more to be done and we are up for that challenge. We are proud to feed the nation, and we do an excellent job in Northern Ireland.

“We can do better – we can learn different ways of doing things – there is always room for improvement.

…In light of the increasing risk to the food supply chain and particularly around food imports, reducing the availability of locally produced high-quality food is irresponsible in the extreme,” he said.

“When we say that we support the CCC recommendations [the 82% reduction target], do not understand the challenge that will mean for agriculture in Northern Ireland,” deputy president David Brown added.

“While greenhouse gases and emissions from farms can be reduced, it’s important to understand that they cannot be eliminated. Cutting livestock numbers and reducing agricultural production in Northern Ireland would not solve what is a global challenge of feeding a growing population.”

Aileen Lawson, policy officer at the union, called for the establishment of a ‘Just Transition Commission’, with powers to ensure no specific sector or community is adversely affected.

“This has been successful in Scotland and our colleagues at NFU Scotland have positive reports about the commission’s work there,” she said.

She added that other countries, such as New Zealand and the Republic of Ireland, had considered separate targets for biogenic methane.

“This may be appropriate here too given the similarities in our economies,” she added.

“The sequestration of carbon in my hedges should be used to offset the emissions from my livestock. There are not for sending my neighbour or my local MLA on two foreign holidays a year,” he said.

I know talking to some of you, that you didn’t want to touch your holidays because you enjoy your holidays, but I am sorry, I want to offset emissions on my farm from my livestock first, and if there is room after society can have it, but first of all we must be allowed to use the sequestration that happens on our lands and on our grasslands to offset emissions from our livestock.

“We are the only sector that can work on both sides of this.”

The UFU president concluded by calling on politicians to “be honest” with the public about what they were signing up to.

“If you want a net-zero by 2045 target that will require radical action such as devastating livestock cuts but radical action not just by farmers but by all of society. No one has presented any credible evidence in this debate to show that this drastic approach will not be needed to deliver this target,” he said.

“To base something just on the hope factor, we feel, is very dangerous. But there is hope and we are learning.”