Home » Dairy » US milk production forecast to rise in 2017

US milk production forecast to rise in 2017

US milk production for 2017 is forecast to rise to 215.8 billion pounds, according to the latest US Department of Agriculture’s World Agricultural Supply and Demand Estimates (WASDE) report.

This is up on the 215.6 billion pounds forecast in the last WASDE report in July.

Higher forecast milk prices and lower feed costs in late 2016 and 2017 are expected to lead to a modest expansion in the cow inventory and more rapid growth in milk per cow, it found.

The milk production forecast for the rest of 2016 is lowered from last month to 212.1 billion pounds as growth in milk per cow is reduced.

The latest figures from the USDA show that US milk production in the 23 major milk producing states was up 1.6% on June 2015 levels with 16.7 billion pounds of milk being produced in the month.

Milk production per cow in the 23 major States averaged 1,926 pounds for June, which the USDA has said is 26 pounds above June 2015.

Meanwhile based on recent data, the latest USDA forecast for dairy cow numbers in the US for the second and third quarter of 2016 has been lowered by 10,000 head. 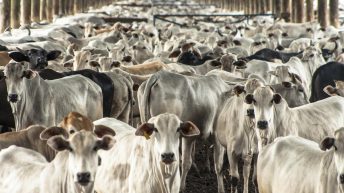