Wales' pig industry is moving towards a larger number of smaller herds, according to an industry update.

Hybu Cig Cymru – Meat Promotion Wales (HCC) has used this week’s Royal Welsh Smallholding and Countryside Festival in Builth Wells to engage with Welsh pork producers and give an update on the state of the pig industry.

In June 2007 there were a total of 959 holdings with pigs, with each herd averaging 25 animals.

The latest figures show that the numbers of pigs in Wales, while dwarfed by sheep and cattle numbers, is stable at around 23,000.

HCC meat quality executive, Dr. Eleri Price, explained that the picture of the Welsh pork industry is changing, and the sector has a number of important strengths which meet the demands of discerning consumers.

This steady total, however, hides underlying trends. Behind the headline figure there was a small decrease in the breeding herd (3,800 to 3,400 in the same period) and a corresponding increase in numbers of fattening pigs (19,400 to 19,800).

“Increasingly, the Welsh pig industry is made up of small-scale units, many of whom specialise in rare breeds and non-intensive production," she said.

The majority of pork produced in Wales is thus a premium product, and mainly sold through short supply chains - often directly online from the producer, through high street butchers, farm shops or other specialist retailers.

Of the meat produced, traditionally only 9% is sold into major processors, with less than a third going into foodservice, and almost two-thirds through farmers' markets, butchers or farm shops.

Affect of ASF on markets

Internationally, the big issue affecting the pig industry is African Swine Fever. Glesni Phillips, HCC’s data analyst, explained that already there had been a slight upturn in market prices for pigs in the past few weeks.

"Although the Welsh pig sector, with its predominance of small herds and short supply chains, may be less affected by outbreaks of African Swine Fever elsewhere in the world, external global factors do still have an impact on prices right across the industry," she said. 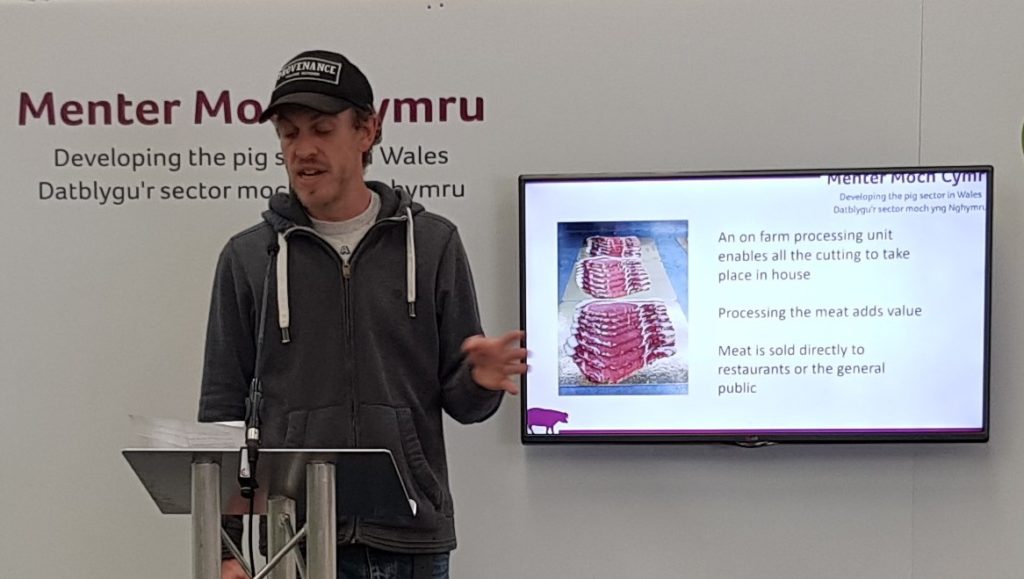 As part of its presence at the annual festival, HCC collaborated with Menter Moch and Farming Connect on a stand and a series of lectures and workshops to provide information for pig breeders.

The HCC also used the Smallholding and Countryside Festival to promote its ‘Porc.Wales’ marketing platform, which acts as an online hub for many pork producers to promote their businesses.

One of the producers involved in the initiative is expected to be featured on BBC’s programme Countryfile over the next few weeks.