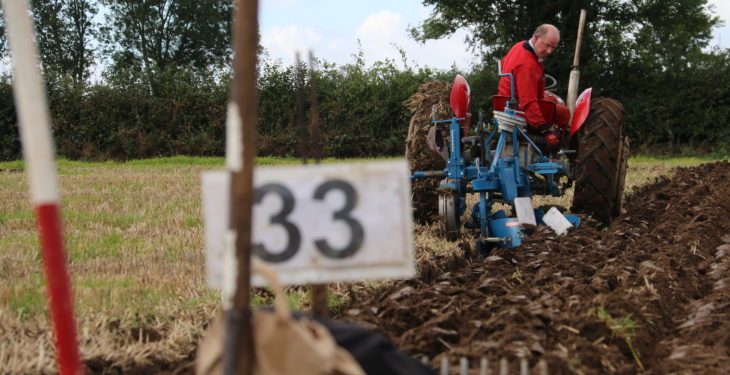 Dozens of spectators watched as the veteran ploughman completed his plot.

It comes just over a week after the ploughing community was left shocked by the death of Kehoe’s son; Martin Jnr.

This week he came up against around 50 of the North’s best ploughmen in Donaghacloney, Co. Down as well as several competitors from the republic. He won the Conventional Class overall.

It was a good day for the south, with Tom Donnelly and Sean Keating also faring well in their classes and Alan Simms clinching a 6 Nations victory in the Classic Class.

Young ploughman Andrew Gill was also among those taking part. After a tough year battling leukaemia, Gill has returned to competitive ploughing.

The 25-year-old from Moneyrea ploughed well on the second day and was the top Northern Ireland competitor in the Conventional Class on Saturday.

It comes just a week after he came third in the National Ploughing Championships and was shortlisted as Northern Ireland’s ‘Unsung Hero’.

Gill spoke to AgriLand as part of its three-day ‘Ploughing 2017’ live show.

Later this year, Northern Ireland’s Adrian Jamison is set to represent the region at this year’s World Ploughing Championships in Kenya.

His son David also qualified for the European Ploughing Championships in Switzerland, where he ploughed well and finished up in third in the grassland section.

Sammy Gill from Crossgar, who won the Conventional Class, will represent Northern Ireland at the World Championship in Germany in 2018.

The Northern Ireland championship will celebrate its 75th anniversary next year when it will return to the north-west, close to where the first competition was held.