NI farm income crashes more than £100 million in a year 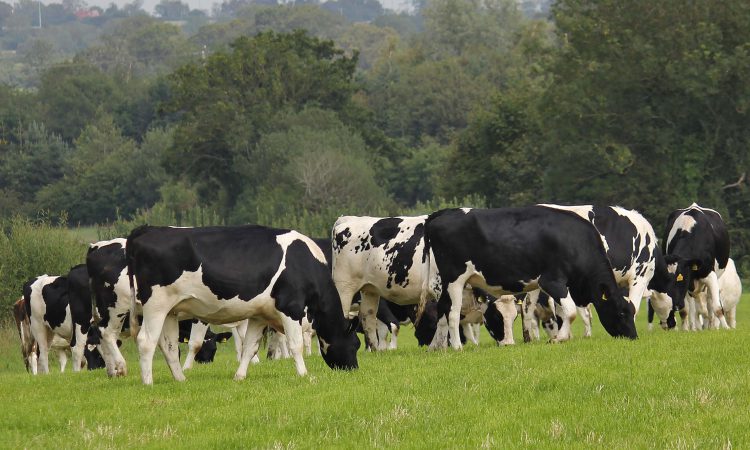 The grim reality of the turbulent 2017-18 year was laid bare in a Department of Agriculture, Environment and Rural Affairs (DAERA) report outlining the first estimate for farm incomes in 2018.

Just a few days ago, Scotland announced its farm income had fallen by £57 million – a drop of 7.8%.

When compared at 2017 prices, the fall is almost as dramatic in Northern Ireland as was seen during the milk price crash of 2015.

The provisional figures are the first indication of how hard or kind the year has been to businesses’ bottom lines; however, it is not uncommon for revisions to be made to previous years’ figures.

TIFF represents the return on own labour, management input and capital invested for all those with an entrepreneurial involvement in farming. It represents farm income measured at the sector level.

Meanwhile, Total Gross Output for agriculture in the region was 1% higher at £2.13 billion in 2018.

There was a 2% increase in the value of output from the livestock sector, while field crops rose by 3% and horticulture was 5% lower. However, it should be noted that these figures are for the calendar year and therefore represent the outturn across two harvest years.

Dairying remains the largest contributor to the total value of Gross Output at £680 million in 2018; a rise of 3%.

Between 2017 and 2018, the annual average farm-gate milk price remained at 28.7p/L while the volume of raw milk produced in Northern Ireland increased by 3% to 2.3 billion litres.

The output value of cattle was 1% higher at £467 million in 2018. The total number of animals slaughtered increased by 2% in 2018, whereas, the average carcase weights for both clean and cull animals were 1% higher.

The aforementioned increases in meat volumes and prices were mostly offset by a downward movement in stocks.

The value of output from sheep increased by 8% to £78 million in 2018. The total number of sheep slaughtered decreased by 2% in 2018 whereas the average carcass weight remained unchanged at 22 kilograms.

This resulted in the volume of sheep meat produced being 2% lower in 2018. The average producer price increased by 7% to £4.26/kg.

There were increases in the values of output in two of the three intensive livestock sectors during 2018, with the poultry sector improving by 5% to £281 million and the egg sector growing by 3% to £107 million.

The value of pig output reduced by 5% to £159 million. All three sectors recorded an increase in production volumes, with eggs up by 7%, poultry up by 4% and pigs up by 3% compared with the previous year.

Producer prices in the eggs and pig sectors fell by 4% and 6% respectively, whereas, the producer price for poultry increased by 1%.

The total output value for field crops increased by 3% in 2018 to £66million. This was as a result of increases in the prices for barley, wheat and oats. Values across a calendar year reflect two harvests.

The value of potato output in 2018 decreased by 9% to £21 million. This was due to a decrease in potato production as a result of both lower area grown and lower yield achieved in 2018.

The value of output for barley increased by 24% to £22 million and the output value of wheat decreased by 20% to £9 million.

The value of output recorded in the horticulture sector was lower year on year for 2018, at £107million. Mushrooms are the largest contributor to this sector in value terms, with an estimated output value of £51 million.

The estimated value of the 2018 direct subsidies (Basic, Greening and Young Farmer payments) was £286 million, representing a decrease of 0.6% when compared with the 2017 payments.

Unsurprisingly, due to the wet end to 2017 and cold start to 2018, there was a 5% increase in the volume of feedstuffs purchased. However, the effect was multiplied with a 7% increase in the average price paid per tonne.

The total cost of fertilisers in 2018 decreased by 1%. The 6% fall in the volume purchased was largely cancelled out by a 6% increase in the average price paid per tonne.

However, on a more positive note, there was a 13% rise in lime purchases, suggesting that despite the difficult year, farmers were heeding advice and making more investment in soil health.

The increase meant that the total amount spent on fertilisers and lime increased by 1% to £85 million.

Overall estimates for the United Kingdom will not be released until spring 2019.

If you have been affected by this story and want to speak to someone in confidence, Rural Support can be contacted on: 0845-606-7607. The helpline is available from 9:00am to 9:00pm Monday to Friday. Voicemail and support options are available at all other times.
Download Our Free App
DAERA
Loading Next Story