A police chief is urging farmers in North Wales to use low-powered smart sensors to combat farm thefts and rural crime.

North Wales Police and Crime commissioner Andy Dunbobbin is backing a new scheme to encourage the farming community to tap into wireless technology.

The Future Farms Cymru project is being masterminded by North Wales Police’s pioneering Rural Crime Team, in partnership with their counterparts in Dyfed Powys, with whom they work closely.

Commissioner Dunbobbin is jointly funding the initiative in conjunction with the Dyfed Powys PCC, Dafydd Llewelyn.

The technology will be showcased at six demonstration farms in North Wales and information about the high-tech kit and its effectiveness will be available on a new website.

The gateways have a small antenna that can be attached on farm buildings.

These can connect to a myriad of sensors that collect data and relay it to dashboards on mobile phones and other devices, making analysis straight-forward.

The aim of the Future Farms Cymru scheme is to encourage farmer to use the same technology to beef-up security, with the sensors linked to an app that alerts farmers immediately if anything is stolen, enabling them to call the police straightaway.

The other aim of the website is to help tackle mental health issues and the high suicide rate in the farming community, with information and advice along with links to organisations that can provide support.

Agreeing to provide funding for the scheme was one of Dunbobbin’s first acts on taking office after winning the election.

One of the pledges I made in my manifesto was to prioritise tackling rural crime and provide a first-class police service for people who live in the countryside as well as the urban areas of North Wales.

"I am very pleased to support the Future Farms Cymru and the fantastic work done by the Rural Crime Team and I would like to thank Dafydd Llewelyn for working collaboratively with us on this. 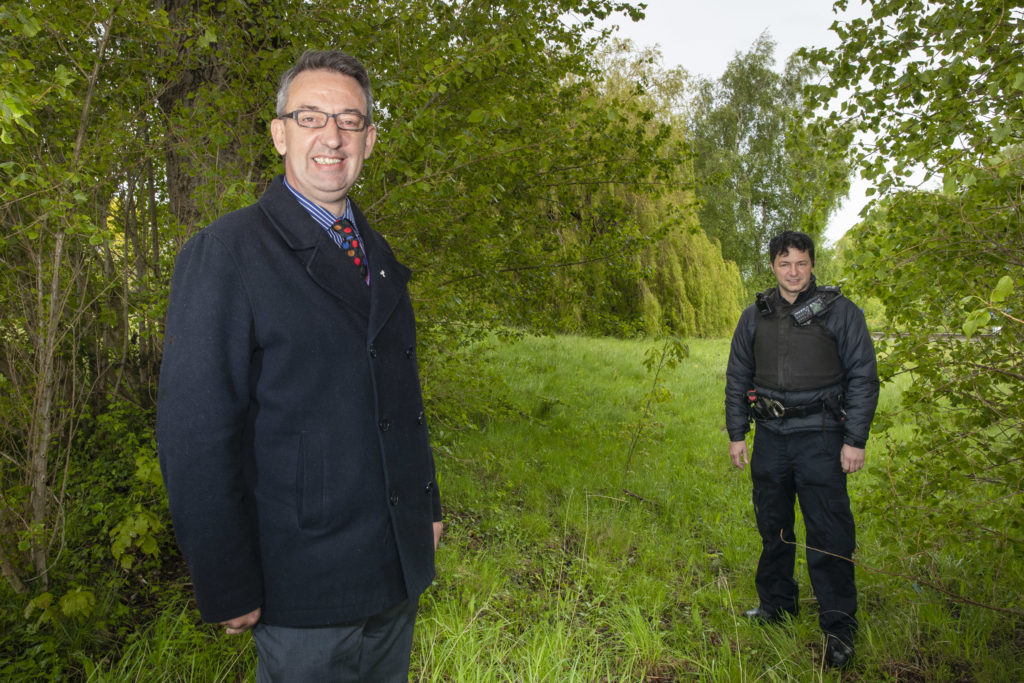 "As somebody who has worked in the field of technology, this project makes perfect sense in helping the farming community to increase their security measures," he added.

"LoRaWAN technology has been heavily invested in by the Welsh government and it can be a solution to many of our issues in the countryside.

Up to now, things have been more focused on slurry pit levels or water levels in the fields, but it also has huge potential in terms of tackling rural crime.

"This is essentially about equipping farmers with high tech systems to protect themselves against the blight of rural crime."

PC Dewi Evans, a founding member of the 10-strong North Wales Police Rural Crime Team, said they were grateful to the new Police and Crime Commissioner for his support.

He said: “The aim of the project is to encourage the uptake of technology on farms and other rural areas with a view of reducing crime or making it easier for the police to detect.

We’re talking about the traditional measure to begin with - CCTV, padlocks even - because I realise every day almost that, unfortunately, when I attend farmyards the security is often below standard.

“Companies specialising in security will be invited to install their devices free of charge on some of these farms, then they will be able to showcase their products via our website in the form of recorded webinars.

“Rural crime is still a significant issue in North Wales and to receive the support of the new PCC as we go about our daily work is fantastic, and his supporting of the project by funding 50% of it with his counterpart in Dyfed Powys is incredibly good news,” Evans concluded.