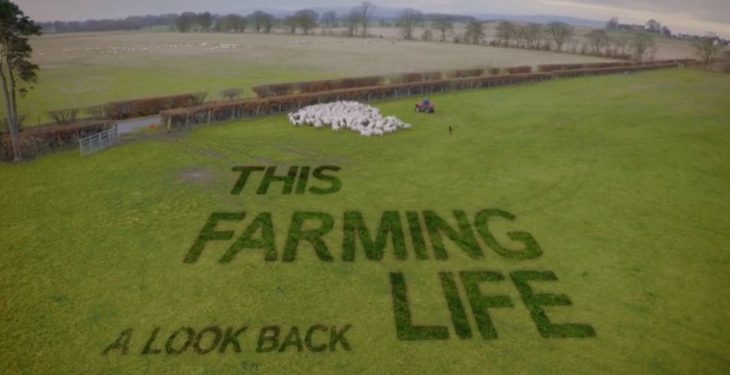 The hill farmer from the shores of Loch Lochmond featured on the first series of the BBC 2 show.

The BAFTA-winning documentary series follows the struggles and triumphs of five farming families in Scotland as they try to turn a profit in testing economic times.

This Farming Life was so popular, fans began a petition to the government calling for more episodes, and a second series was launched in September.

Lennox and his wife Anne won fans’ hearts with their “warts-and-all” approach to the camera crews, allowing them to film both the ups and downs of life on the farm.

Viewers followed the couple as they brought their sheep off the hills, prepared for tupping and discussed one of the industry’s stickiest topics; succession planning.

At the event, at the end of this month, Lennox will be speaking on sheep production on his own farm as well as taking questions from the audience.

The ‘Efficient Lamb Production’ conference will take place on Wednesday, November 29, at Greenmount from 10:00am to 4:00pm.

The industry event run by the Ulster Farmers’ Union (UFU), CAFRE, LMC, AFBI and NSA will include speakers from both practical farming and research backgrounds.

UFU deputy president Victor Chestnutt said it was hoped the conference would encourage farmers to think about how their business could operate more profitably.

He said: “Lamb production makes a significant contribution to the agri-food industry and our rural environment.

“To ensure that the sector has a viable future, consideration must be given to all elements of current production systems.

The objectives of the conference are to highlight what the industry currently does well, but also to identify potential areas for improvement.

The conference can also be used as a ‘qualifier meeting’ for those involved in sheep Business Development Groups (BDGs) and is open to all with an interest in sheep production.

Bookings can be made online or, alternatively, those interested in attending can contact Angela in the UFU head office on: 028-9037-0222. The event’s £20 fee includes refreshments and lunch.

Those involved in sheep BDGs should have their group number available when booking.